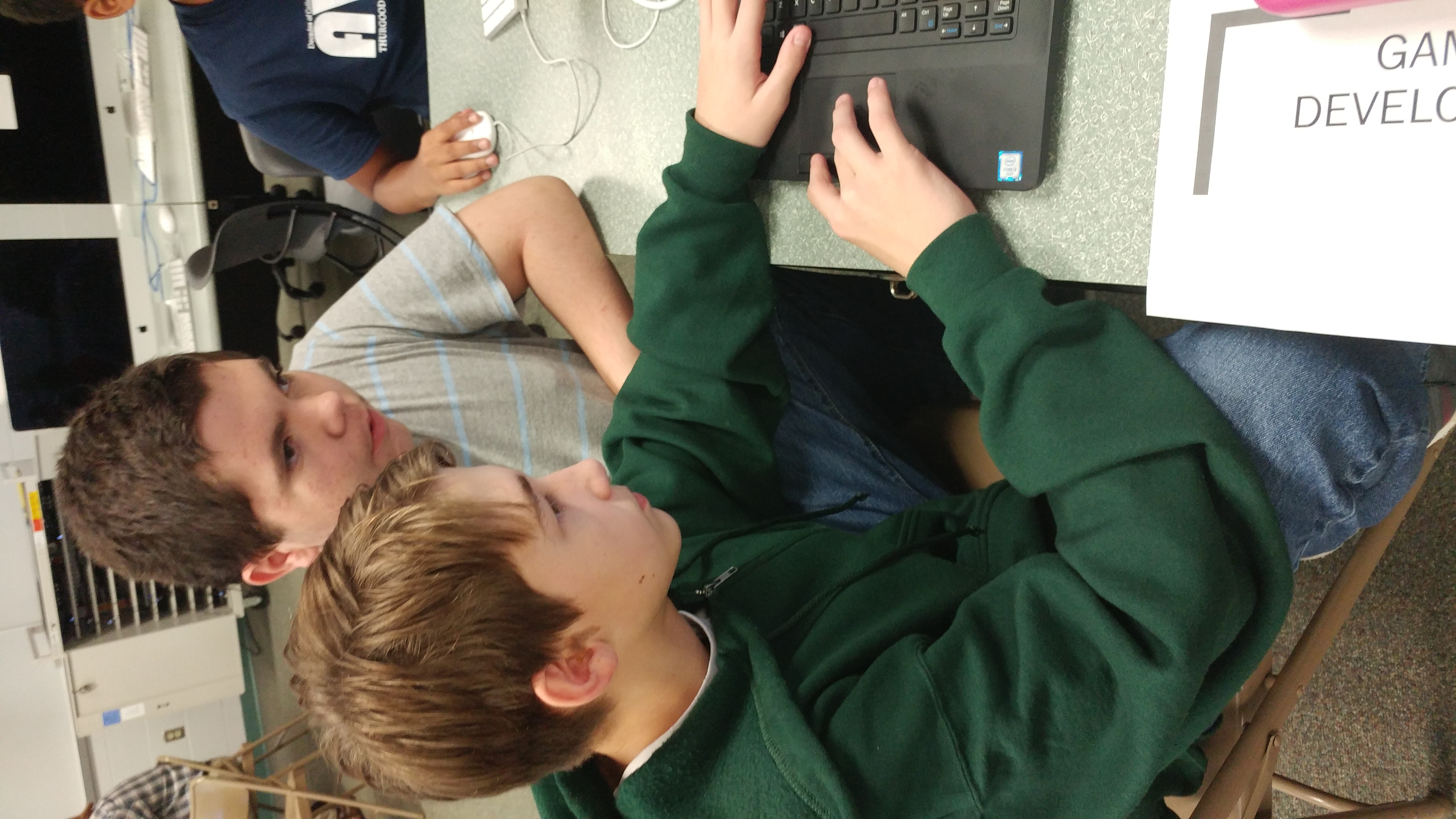 I have contributed to STEM by making games in tynker. Blocks that are filled with code and put them together to make my character do an action.I have already made a few games and want to continue making them. I have made a few complex games and quite a bit of simple games. I have also done a few animations but i don't like doing them as much as making games. making games can be pretty simple and everybody can do it.

<> I did a lot of new things in STEM, but there were a few memorable things. One thing I did, was the Rasberry Pi. Rasberry Pi is basically a coding system. Where you code on a computer. Another thing I did was Tynker. Tynker is a coding website. They have a minecraft section where you can make mobs, people, items, and blocks. There is also code.org that is like Tynker, but you can code games and it will do what you code. It's is really cool. STEM is awesome!

At the beginning of the year, I had a group and we were doing Raspberry PI. But that group now ceases to exist. Sean Luckey and I are doing an app. We are using code.org.

Our project is a game and an animation that tells the games story. We chose a game because we thought it would be fun and cool. Our game is called angry fish: revenge of the mermaid sisters. The animation is called the same thing. The process was long and hard creating this game. We both worked equally hard. STEM was definitely a lot of work but pretty fun at the same time. STEM taught us many things. Coding for sure was a challenge. But, we did learn a ton about it. STEM means a lot of things to us. For Emma, STEM means involving different elements into certain projects. For Megan, STEM means learning about science, technology, engineering, and math and using that to create a project. STEM in our schools is important because it teaches the next generation and gets them interested in science and technology.

Our physics group has been very puzzled on what to do for the expo. We have gone through many ides from building cars to building a rocket ship with a car going into it. So after many hours of debating we have finally come to a decision. we have decided to put together a NXT Lego Mindstorms robot named Alpha Rex. We worked hard on building it and and we are ready to put on a show.

Over the course of this year at STEM Club I been very productive. I have done many things using the program developed by MIT, Scratch. On Scratch, I have made many games and animations. A few games included Ping Pong, my first coded game, The Adventures of Scratch Cat, my largest project, quite a few animations, and a few more random projects. I would not have been able to accomplish this if my friend Ethan Or did not show me how to make a Scratch project.

My stem experience has been really good. I have learned a lot about coding; such as making placeholders, canceling text, and adding pictures. The stem experience also exceeds my past experiences with this program. I have been working on an infection game (which is going quite smoothly), but is also quite complicated to pull off my dreams. Despite that, Stem has been overall a great experience.

These boys are doing a very simplistic code using code.org. They are all in grade seven and proudly attend Thurgood Marshll Fundamental Middle School. This is the boys' second year participating in the school's STEM program. "Make sure you know the code before doing the code.org" is some quick advice we are given.

Hunter and Jerimiah were working with a robotics kit called ultimate 2.0 by makeblock. This project is "tedious but when working together they were able to finish there project" said Hunter. There particular project inflouenses brain power but also alows two freinds to have fun and build complicated robots.